Before all things in this jubilee year, all glory and all thanksgiving . . . may grace charity and peace be always with us. 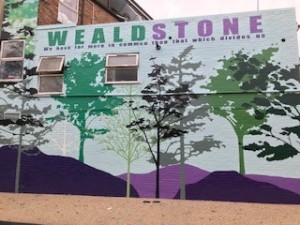 What did our first sisters find here in Wealdstone in 1920?

“A brook ran its babbling course past the convent, and by the principal street.  There, too, hawthorn hedges, in the fragrant pink and white of May blossoms, shed their delicate petals like a profusion of confetti. With few streets and houses with rustic bridge rills  . . . Wealdstone presented a pretty rural scene. Wealdstone was then the modern day equivalent of departing for the countryside.  “A Seed Grew:” Silver Jubilee, RNDM 1920-1945- RNDM Archives.

Despite COVID the remaining sisters in Wealdstone were able to celebrate as best they could with a special Prayer Service and a small celebratory meal to remember the sisters who first came to Wealdstone in 1920 from Deal. In 1870, our sisters arrived from Lyon with our Foundress Euphrasie Barbier to assist Miss Boys who had set up an orphanage in Middle Street, Deal, and we carried that on until she died. The school developed and from it we founded two schools, St Mary’s Primary, West Street and St Ethelburga’s High School, Queen Street. As we had a surplus of sisters now in Deal, many coming from France due to civil and religious unrest, in 1920, nine sisters were asked to come to London to assist with another mission with children that had been set up by the French Congregation: Sisters of St Chretienne:

“On the 19th Sept, 1903, the Sisters of Ste Chretienne (Metz, Lorraine, France) bought a piece of land in Wealdstone (now High St) which they had hoped suitable to build a permanent school plus temporary iron buildings to include an iron roofed chapel for Wealdstone. It was situated on Harrow Weald Road backing on to the proposed Dryden Road. The cottage was called “Elfordleigh” and the surrounding land was for building extra buildings for the school. The upkeep of the land was costly and they were not able to build as desired, yet the little school of children was progressing. In 1919, the number reached 101 paying pupils and 40 mission pupils (free)! The small cottage and huts were proving to be too small as people had heard of the sisters and were happy to get a Christian education for their children.  After the anti-religious laws and feelings in France relaxed the Sisters of Ste Chretienne were anxious to return to Metz. In 1920, under the guidance of Mother Marie de Sainte-Rosaire (Mother Mary of the Holy Rosary, our second Superior General), after discussions with Sr Ste Marie de St Luc (Superior of Maison de Wealdstone –  Srs of St Chretienne) nine sisters from Deal were asked to come at different stages to Wealdstone to take over the little “school.” They were accompanied by Sister Marie Etienne, Assistant General. As “Elfordleigh” was proving to be too small, the RNDM sisters purchased another property close by—what later became 188 High Street.”  Taken from the Prayer Service, Nov 13, 2020. Sources: A Glimpse of the Past. A. Heir, 2007. RNDM Archives.

From the many highlights of our day, one was the Zoom greeting from our CLT (Congregation Leadership Team) and the Rome Community who joined us on the day for general greetings and their special prayer in song for us. Secondly, we were able to communicate with the Sisters of St Chretienne in both the US and Metz, France, who kindly sent materials from their archives regarding their early mission to Wealdstone in 1903-20.  It was wonderful to include them in our prayers and we are sure that we will be able to connect with them again as we prepare to gather and research further the full history of our presence in Wealdstone.

We are beginning to realise how quickly life passes. The years follow one another with such rapidity that we find we have gone a long way, almost without noticing it. Whatever, may have been our little or great trials in life we are happy if few remain faithful to God’s grace in every circumstance, doing everything to the best of our ability moment by moment out of love for God who never turns away from us. (Euphrasie Barbier 1892)

Our nine pioneer sisters who came to Wealdstone:

May they rest in peace 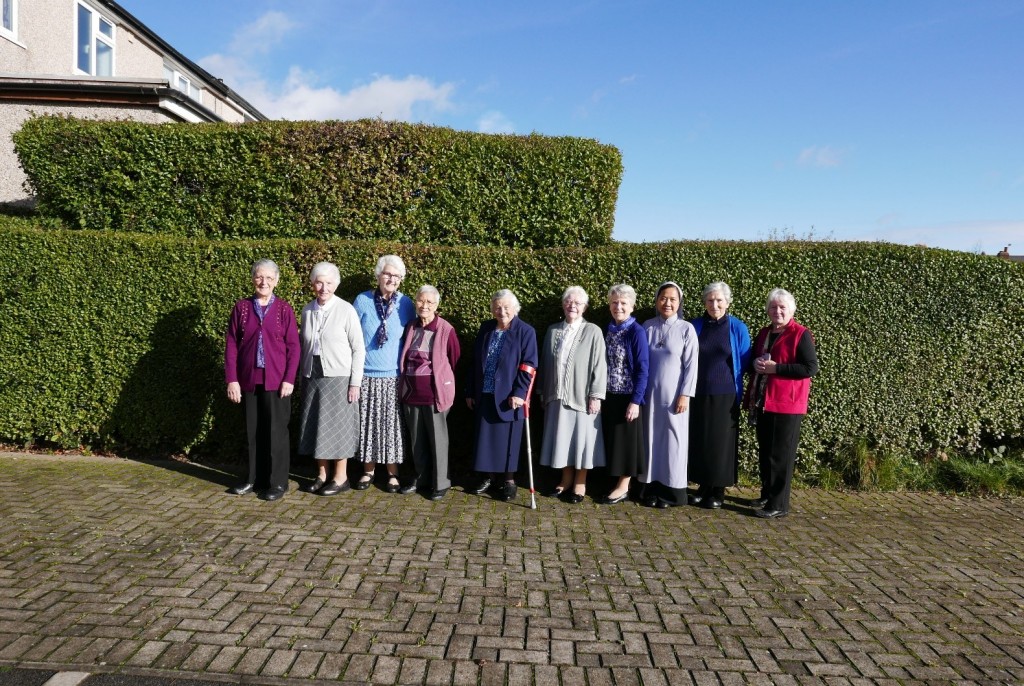 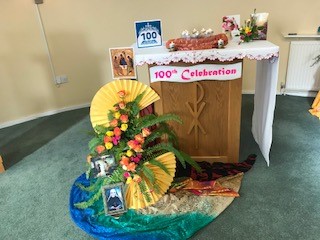