February ushers in the Spring, a bursting forth of growth and new life; a time of new beginnings and anticipation. “ Life stands before me like an eternal Spring, with new and brilliant clothes”(Carl Friedrick Gauss)

However, not all Spring lambs feel like skipping happily over the mountains. One of my saddest memories was seeing a snowy- white, newly born lamb, lying dejectedly against the bark of a tree, while her mother fondly licked and fed her two other lambs some yards away. The rejected lamb had made several  feeble attempts to suckle the ewe, but each time had been butted at, and shoved off, until it got the message.

The sad sight caused me to reflect on the subject of social rejection. Eisenberger said that as far as the brain is concerned,” a broken heart  may not be so different from a broken arm” Failing to pass an exam, or an interview, being rejected by one’s partner or family, being looked down upon by society, for one reason or another, can increase anger, anxiety, depression and lead to sleeplessness, drug abuse, aggression or suicide. Psychologists tell us that humans have a fundamental need to belong and a need for positive and lasting relationships. Lance Anderson, convicted of substance abuse, to help him win cycling  tournaments, remarked that “a boo is louder than a cheer” 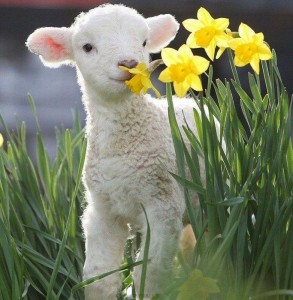 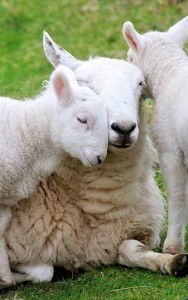 Christ, the Lamb of God, is a perfect example of rejection. During his agony, he was described as one who “was despised and rejected by men; a man of sorrow acquainted with grief, and as one from whom men hide their faces; he was despised and we esteemed him not”

People handle their rejection in different ways.  Some become aggressive, lash out and turn to violence. Others try to learn from it and to change their ways. Jesus bore it in silence and forgave those who rejected him and crucified him. Henry  J M Nouwen  says “the real trap is self rejection” In his case ,he said that when he was rejected, left alone or abandoned, he found himself thinking, ”Well that proves once again that I am a nobody”

All of us feel rejected and ignored at some time or another.1 John 3:1 assures us that nothing can separate us from God’s love. That should be enough to send us on our way with a spring in our step.

The rejected lamb I mentioned earlier, grew up to be a cheeky pet lamb, that resisted having to drink from a tube and was bold enough to lead his playmates into every kind of mischief. Would anyone blame him?